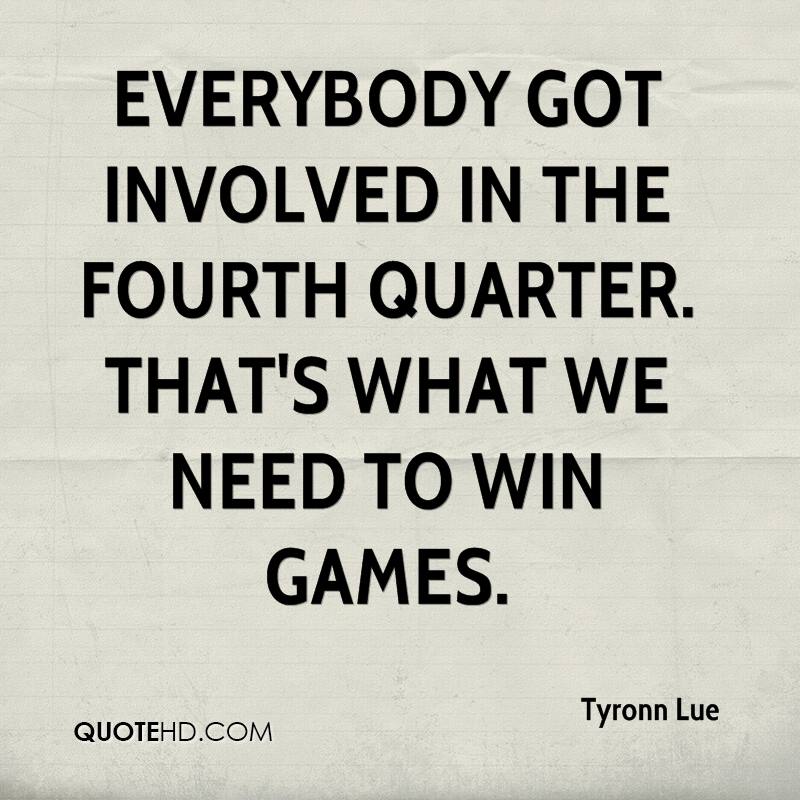 October is here. And for many companies whose fiscal year follows the calendar year it means its… QUARTER FOUR. The ultimate quarter. The last chance to make goals. The final push.

Many sports have four quarters – American football, basketball, field hockey, netball, etc. In these sports right before the fourth quarter, or often at the half for many other sports, the coach often gives a motivational speech. Some sales orgs rally the troops with some alcohol, maybe some slides and some graphs showing the gap, before the final push. However, once a quarter coaching isn’t going to get things over the line.

People often say motivation doesn’t last. Well, neither does bathing – that’s why we recommend it daily.

With limited time, its key for sales management to laser focus your regular coaching on a few key deals. If there’s no chance it will close in the quarter, move it OUT of this quarter’s pipeline. This is more important than ever.

What to Look At

Sales ops, through analysis and predictive analytics can identify key deals for closer inspection. Below is a list of those deals that should be heavily questioned, especially in the last quarter:

Any deal that has slipped multiple months or quarter ends

Anything with a stage early in the sales cycle

Sales operations should be providing a regular list of at risk deals (ideally through live a dashboard where possible) and sales management should be providing their sales team with even more frequent coaching. As Tyronn Lue, a basketball coach who was one of the few rookie coaches to lead his team to a title said, get everyone involved in the fourth quarter – that’s how you win. Use your presales, your consultants, your executives, inside sales, marketing, sales operations, use everyone. And don’t use them too late.